by the Michael Page team
-

Modern day slavery affects over 40 million people worldwide and generates an estimated US$150 million in illegal profits annually. Although modern slavery is prevalent across the globe, more than half of the world’s enslaved population are in the Asia-Pacific region — and Australia has an estimated 15,000 cases of modern slavery.

On 29 November 2018, the government passed the Modern Slavery Act 2018, which targets large Australian businesses and their response to modern day slavery. The Act came into effect on 1 January 2019, making Australia the second country in the world to enact modern anti-slavery laws, following the UK’s anti-slavery legislation in 2015.

Although the Act has been praised by the UN as a global sustainable purchasing benchmark for the eradication of modern slavery; complying with new requirements presents a significant challenge for Australian businesses.

With the first reporting year underway, we take a closer look at the Modern Slavery Act, as well as the steps you need to take in order to prepare your business for the change.

Why does Australia need anti-slavery laws?

Although slavery itself was abolished in Australia in the late 1800s, forms of modern slavery still exist within our country and region.

Integrated global supply chains make it increasingly difficult to tell whether products have used underage children as part of the production process. As such, businesses and investors may be knowingly or unknowingly enabling modern day slavery through their supply chain and operations. The new Act forces businesses to disclose how they tackle modern day slavery as part of their sustainable procurement policy and green purchasing practices.

Requirements under the Modern Slavery Act

Under the Modern Slavery Act 2019, all Australian businesses and organisations with a consolidated annual revenue over $100 million are required to provide an annual report detailing any modern slavery risks across the supply chain, as well as any actions taken within their social procurement policy to address these risks. NSW has also drafted its own Modern Slavery Act but has not yet passed it.

While the new policy came into effect on 1 January, the first reporting year for most companies lines up with the Australian financial year. Businesses will need to submit reports for activity between 1 July 2019 to 30 June 2020 by the 31 December 2020. In order to demonstrate high-level engagement with the report, the statement and report also needs to be approved by the board of directors and signed off by a director within the organisation. The statements will be publicly available on a central registrar.

Although the Act outlines mandatory reporting requirements, it currently doesn’t include penalties for any indiscretions — nor does it outline guidelines for independent oversight of the reports. The government has said that civil penalties will be considered in the first review of the Act, which is scheduled to take place in three years.

Lee Purchase, Procurement and Purchasing Manager at Michael Page said for many organisations, this is unchartered waters from a governance perspective.

“Many will not have the subject matter expertise internally to be able to fully audit and prepare this report,” Purchase noted.

“Some organisations have created their own sustainable procurement focus groups, which is excellent, but many are left misguided as to what they need to do. There are specialist consultancies that can support you such as Action Sustainability, who I’ve worked with for a number of years in the UK. I consider them to be leaders in this space.

“The alternative option is to hire contingent subject matter expertise that can format a process of governance for you across procurement, legal, risk and finance and train them on key action points to ensure an in-depth and commercially-focused sustainable procurement initiative on modern day slavery.”

Purchase also recommended the Supply Chain Sustainability School, where Australian businesses in property, construction and infrastructure can use a free online self-assessment tool to assess areas to develop further sustainability competence and commitments.

Furthermore, its crucial for organisations to work toward meeting ISO 20400, the international standard for sustainable procurement, he said. 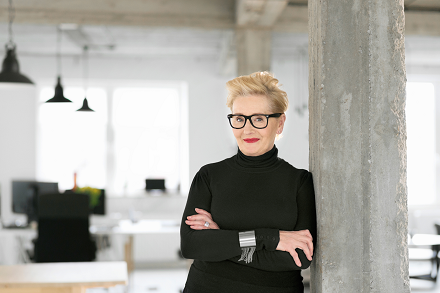 Receive free advice to help give you a competitive edge in your career.

Your Guide to Remote Hiring