Western Sydney story: Debbie O’Connor on the importance of community in business

South-African-born Debbie O’Connor founded The Creative Fringe, a shared workspace, after moving to Penrith with her Australian husband, whom she met overseas. O’Connor grew up in a tight-knit rural community in South Africa and felt isolated when she arrived in sprawling populous Sydney. The Creative Fringe was her solution: a place where small-business operators and freelance creatives such as herself could find camaraderie as well as business facilities. O’Connor is also the founder and creative director of White River Design, which operates out of the workspace.

“Mine’s a love story. I’m originally from South Africa but about 20 years ago I was on a holiday in Scandinavia when I met a lovely Australian man from Penrith. We began a long-distance relationship and about 10 months later I made my way to Sydney and we got engaged. We were really tempted to live close to the city but I’m a very family-orientated person, and so is David. We decided we wanted to be close to his relatives in Penrith.

“What I discovered in Penrith was quite surprising, and it shattered all the preconceived ideas I’d developed about Western Sydney. It’s a very community-focused place: people know each other, and you normally don’t get that in an urban environment. When I arrived, I didn’t know anybody apart from David’s family, but I was able to meet people and network and grow my business. I don’t know if I could have done that if I’d started a business in the city.

RELATED: Western Sydney story: Brendon Noney on why education is the key to future prosperity

“This region has grown so astronomically since I moved to Australia. It’s making the area a very interesting and exciting place to do business. The most amazing part of running a co-working space in Penrith is the diversity of the people who come through. Right now, we have an Aboriginal archaeologist, an architect who designs tree-top adventure parks, a guy who runs a global online wedding business, a kinesiologist, plus social media managers, copywriters, photographers and web developers. In the past, we’ve had personal trainers, mortgage brokers, naturopaths ... it’s just incredible, and it shows how diverse the business community here is. 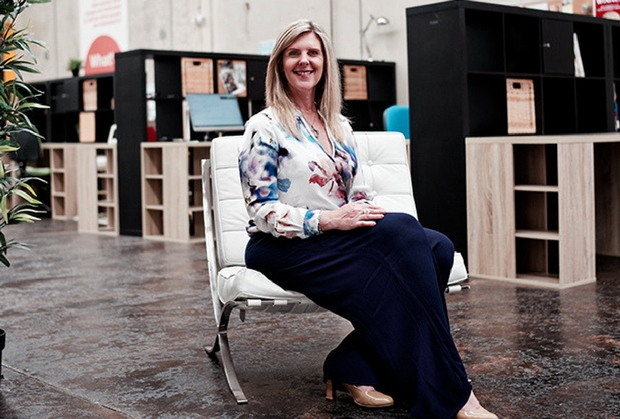 “In my experience, business owners in Western Sydney are exceptionally hard-working and incredibly dedicated. In fact, they work even harder than business owners elsewhere, and that’s because in the past there has been a stigma towards our region that they have been forced to overcome. Today, though, you only have to drive around Penrith and look at the types of cars that locals are driving to know that there is serious money in Western Sydney now.

“Our co-working space is modern and distinctive. It’s not the sort of operation you’d necessarily expect to find in the west. We’ve been dubbed the Surry Hills of Western Sydney and the Paddington of Penrith. People walk through the door and say, ‘Whoa! This is in Penrith?’ And I just say, ‘Heck, yeah.’ Our space is indicative of the way Penrith is evolving. I see these kinds of spaces becoming the norm in this area.

“I come from a country with 11 official languages: South Africa is a huge melting-pot of cultures. And that’s the feeling I get in Western Sydney, too. It’s got an energy to it that makes it a really exciting place to be. It’s not a quiet, dormant place. It’s vibrant, it’s energetic – it’s got a pulse. And I’m noticing a change within the people living here. There is a growing sense of pride that just didn’t exist when I moved to Penrith 17 years ago.”

What advice would you have for SME managers trying to maintain a team that relies on innovation and creative vision? How would you suggest the Western Sydney location can be turned into a strength?

Empower your team to make decisions and to be creative with their thinking. When I give people the opportunity to take on responsibility, I usually find that they not only surprise me but also step up to a higher level. Creative thinking results in solutions-based ideas. This cannot be achieved with narrow thinking where everyone is confined to a formal structure. The power of many minds is far more exciting and effective than one, and in Western Sydney we have millions of minds to draw on. I also strongly believe in employing locals. When people work close to home, they have a stronger sense of community, they have better work-life balance and more time to connect with their families and friends. Employers get healthier, happier and less fatigued employees, so it’s a win/win.” – Debbie O’Connor, The Creative Fringe

Are you seeking advice on how to build a community around your business? Speak to one of our Western Sydney consultants today.

Is a cover letter necessary in 2018?
by Kimberly Groat
Read article
Next article

Receive free advice to help give you a competitive edge in your career.