While the physicality of a sports career is the key differentiator between athletes and non-athletes, there are key mental and emotional aspects that leaders can impart to their team in order to reach a high level of performance.

Resilience under pressure, re-programming your mindset, achieving a state of flow and recognising your role as a leader are universal abilities. Scenarios that test these techniques not only happen on the playing field but also emerge at offices and on worksites.

So what can we learn from athletes for teams to succeed in the workplace?

To mark the start of the second test of The Ashes, Michael Page hosted a breakfast panel featuring former Australian cricketers, Michael Bevan, Alex Blackwell and Peter Nevill. They shared their insights and learnings from the challenging times in their careers, and how they were able to succeed.

Resilience under pressure means when stress, anger and adversity strikes, you can roll with the punches. The capacity to develop resistance comes down to your mental state.

Peter Nevill believes that being able to regulate your emotions and staying as level-headed as you can is a very important attribute for a professional cricketer because of all the highs and the lows.

He shares that while the best players can reach the highest levels in the sport, the key factor that separates the good players from the great players is mental capacity.

“A lot of people don’t appreciate how much of a mental game cricket is and how challenging it can be emotionally – one ball is all it takes for your contribution to be over and it may take a couple of days before you can rectify a mistake you may have made,” Nevill said.

“The amount of emotional energy it can take up can really drain you and take its toll on you if you allow it to. As anyone who leads teams will know, it’s important to be empathetic and have the emotional intelligence to understand what the rest of your team is feeling, and how you support them to get the best out of them.”

Finding your state of flow

Getting in the zone or finding your state of flow both refer to the moment when you can mentally put extraneous things to the side, maintain clarity of mind and, as some top athletes have described, “become unstoppable and perform at your best”.

Blackwell shares what being in a state of flow means for her: “It’s when I’m really clear on the job at hand. It’s really easy for me to be in flow when there’s other option – you’ve just got to go.

“But I think the extra ingredient is having a real sense of gratitude and feeling fortunate that I’m at this beautiful venue, playing for NSW against a good opposition: How lucky am I?”

Meanwhile, Bevan reveals getting into a state of flow doesn’t happen as often enough for most players.

“I think flow is the Holy Grail for all of us – in whatever it is we do – to achieve that state where we don’t have any doubts and we’re not overthinking about the results or the consequences,” he shared.

“That’s not easy to come by – you have to work at it and you have to manufacture that in order to get into that state more often. That’s what we were trying to achieve as players.”

Tell yourself the right story

The mental and emotional elements can significantly impact your preparation and ultimately, your performance. A valuable technique is to reprogram your mind, according to Blackwell.

“I did tap into the emotional side quite a bit, especially toward the end of my career,” she revealed.

“Sometimes I felt undervalued in where I was sitting in the line-up so in order to trick myself into optimal performance, I told myself stories – the reason I’m at 6 is because I can either do nothing or I can take on the finisher role; there’s a specific reason I’m good at number 6.

“The other way I tricked my emotional state is that I got ready and stayed ready. Often I was padded up for 40 overs and then I’m not required so I kept telling myself when this team needs me, they’re really going to need me – and that was during the last World Cup. I stayed ready for that opportunity to execute a role that only I can perform. Emotional regulation is telling yourself the right story, which is something I used to pretty good effect towards the end of my career.”

RELATED: Transitioning into the world of work: Why athletes need career support

Bevan added that it wasn’t until he recognised he was putting too much pressure on himself that his game reached a new level.

“I was pessimistic and I worried about what people thought of me. But from the age of 27, after I had worked on the mental side of my game, my first class average increased by about 25%,” he said.

“So I became a 25% better player by understanding the issues I had and the importance of my mental state. I spent the rest of my career not worrying about the game but focusing on me. And I made sure I had little phrases to tell myself so I could get back in my zone.”

The captain’s role is to lead the team by getting the best out of individuals. The panel shared their thoughts about having to adapt their style and ensuring clarity of role, in order to best lead their team.

PageGroup has partnered with the Australian Cricketers’ Association (ACA) to assist players with their career development outside of cricket.

“Our partnership with the ACA links back to our company purpose, which is changing lives for people through creating opportunity to reach potential,” David Khadi, Regional Director at Michael Page said.

“It’s about getting in early to share experiences and tools that they can use, rather than waiting until the day they retire to consider: What do I do now?

“Part of our facilitation of a workshop we designed was themed around your personal brand, essentially, bringing out an individual’s story – the experiences, the beliefs, the values, the hard work, team work, dedication, and passion. When we talk about the values we hold as corporate professionals, you’ll find they all align really well with sporting values: What do you stand for? What drives you? What’s your story?”

If you would like career advice or are ready to explore the latest roles from one of our specialist recruiters, contact us today.

RELATED: Personal Branding: How to build the brand called ‘You’

Krystine Lumanta
If you are looking for a job, visit the Candidates section 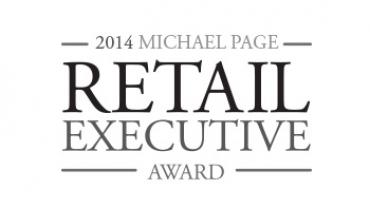 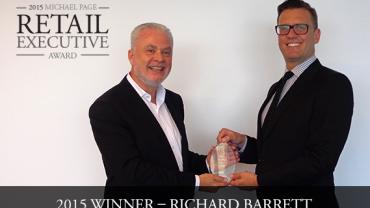 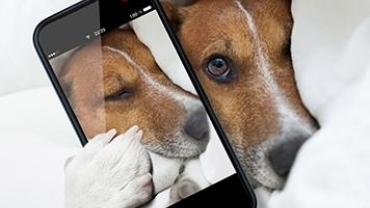 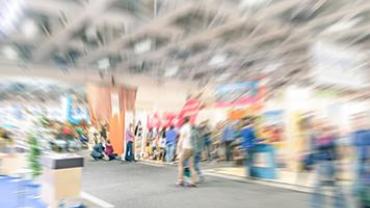 8 ways to make the most out of career expos
Career expos are an essential element of any graduate’s job search but they can be overwhelming. Here's how to make…
4 min read